OFI Crete F.C. is a local Greek football club founded in 1925 that changed ownership in 2018. We defined a new brand core (values and mission) that reflects the club's new positioning as a fair, family-friendly and hard-working team. We then created a branding strategy that includes a comprehensive arsenal of digital and physical assets, which will propel the club with confidence into its new chapter.

There are three main visual assets for OFI Crete F.C.: the OFI Symbol, the OFI Crest and the OFI Griffin.

The OFI Crest consists of the three superimposed initials ΟΦΗ in a circle, surrounded by the club name and founding date. It's inspired by ancient Greek circular war shields, as well as an ancient artifact found in Crete that dates back thousands of years: the Phaistos Disk. The lines inside the crest are reminiscent of the lines in the football pitch as seen from above. The choice of a circular shape adds stability and balance to the crest; meanwhile, its smooth outline embraces and protects the central symbol to evoke teamwork, focus and integrity

If we strip the crest down to just its core, we have the OFI Symbol. This is a stand-alone asset that can be used in secondary applications.

The OFI Griffin has been chosen as a mascot for the club; it's a symbol of Crete's history and mythology, and the official emblem of the city of Heraklion, OFI Crete F.C.'s hometown. The griffin is a mythical beast with the head and wings of an eagle, the body of a lion and the tail of a snake. It stands for strength, pride and intellect, conveying the message that OFI has its roots deep in the ground but can also soar high in the sky.

The branding strategy was detailedly applied across all communication channels, uniforms and official merch, in order to bring the brand to life through every available touchpoint. A detailed brand manual was also created, offering detailed guidelines for managing and developing the OFI brand in the future. 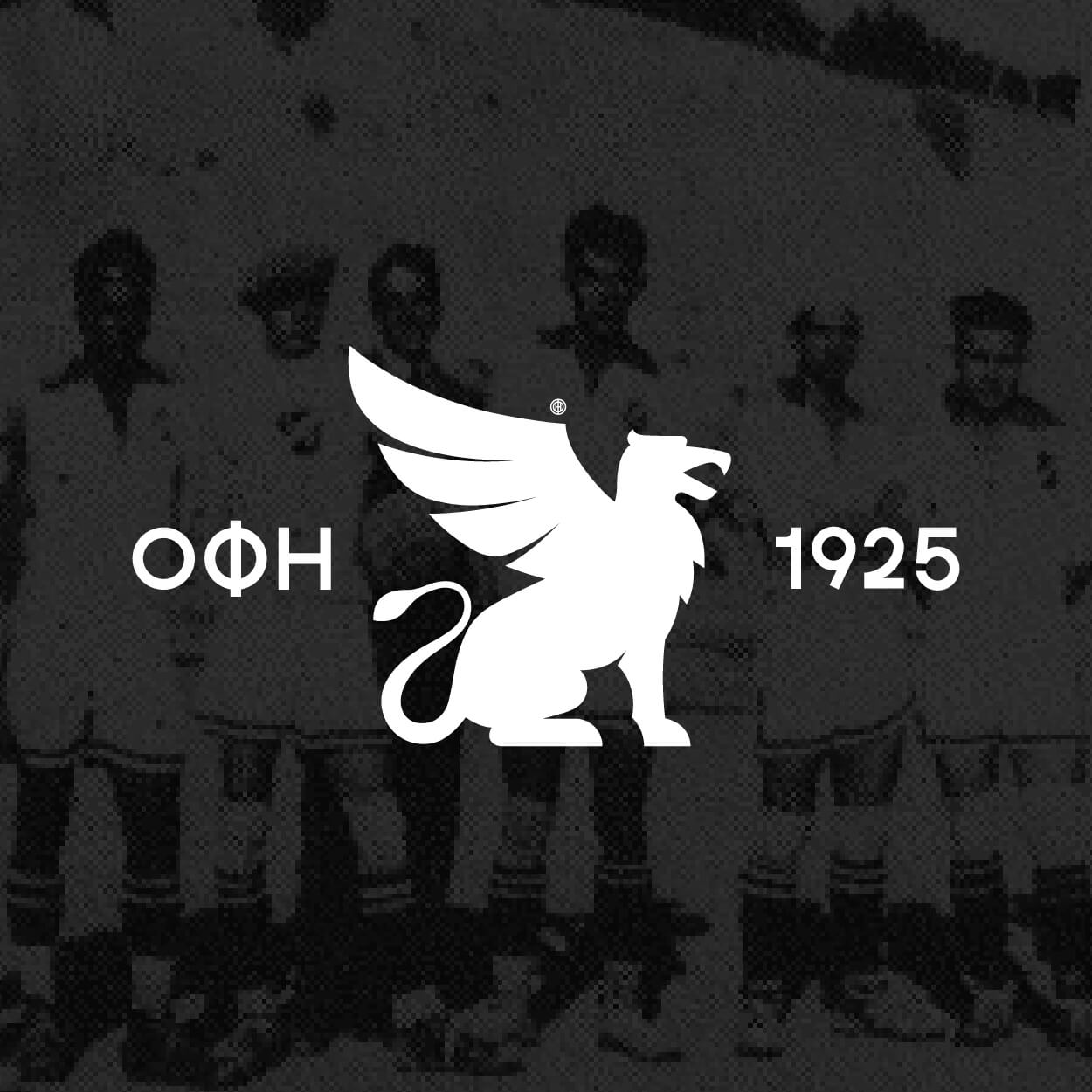 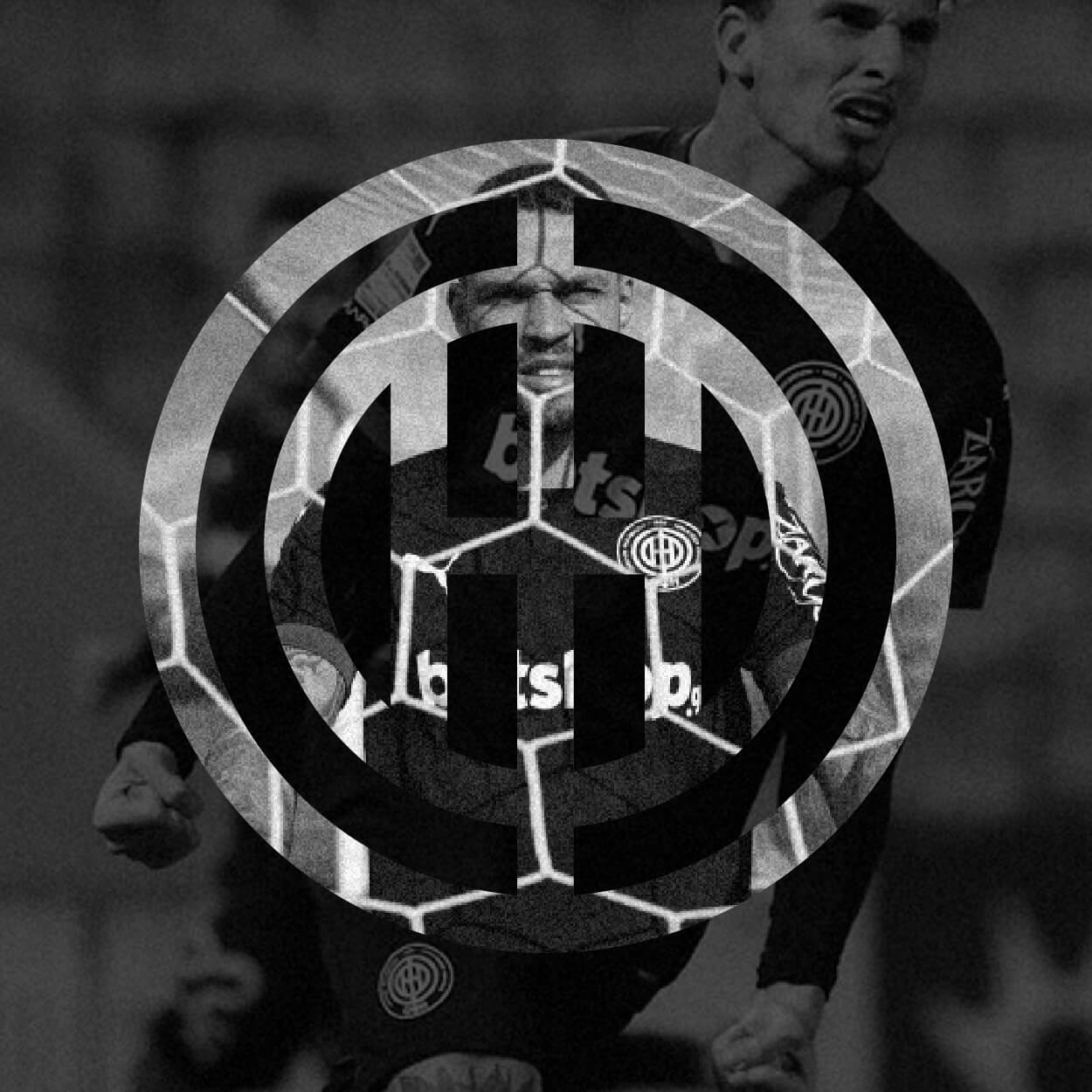 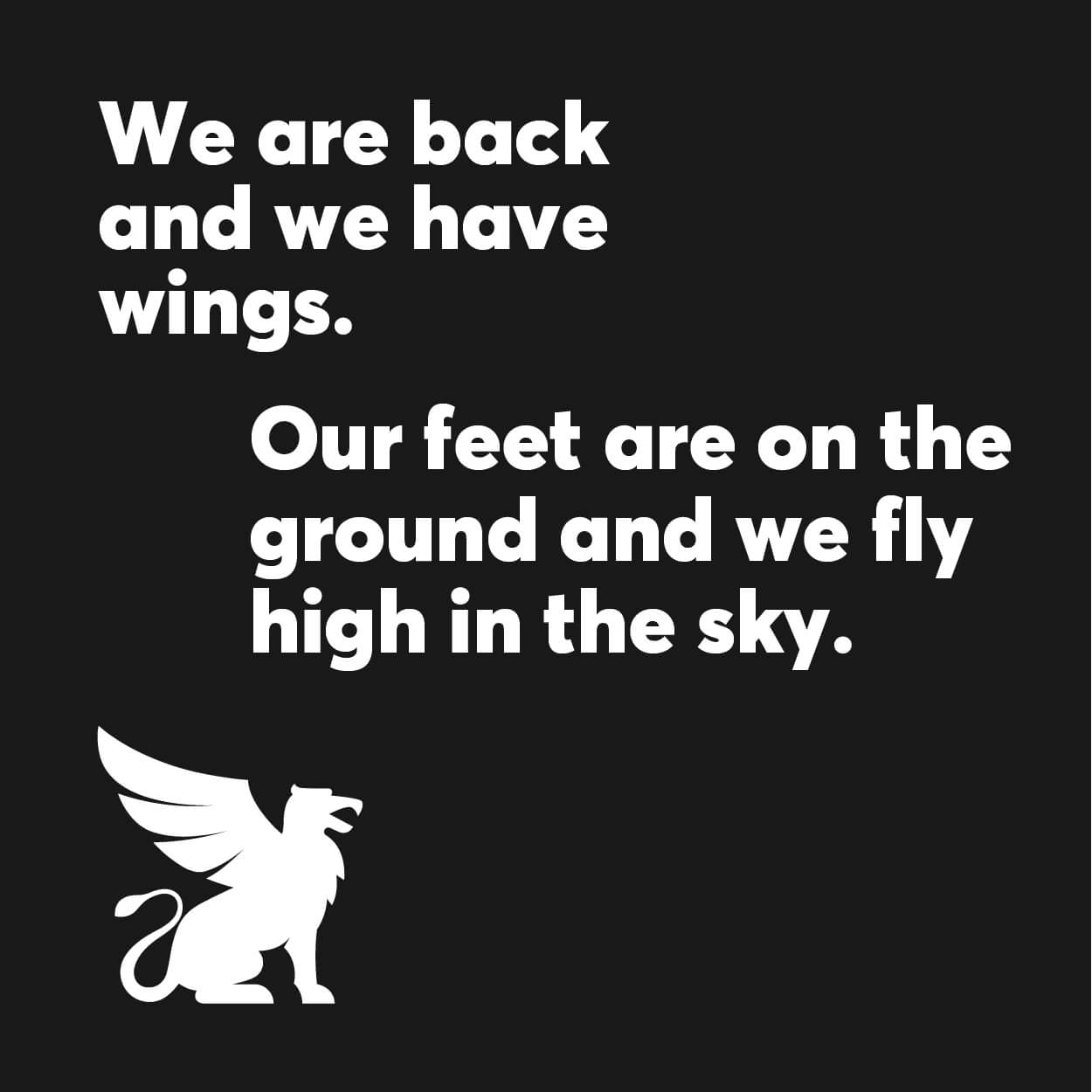 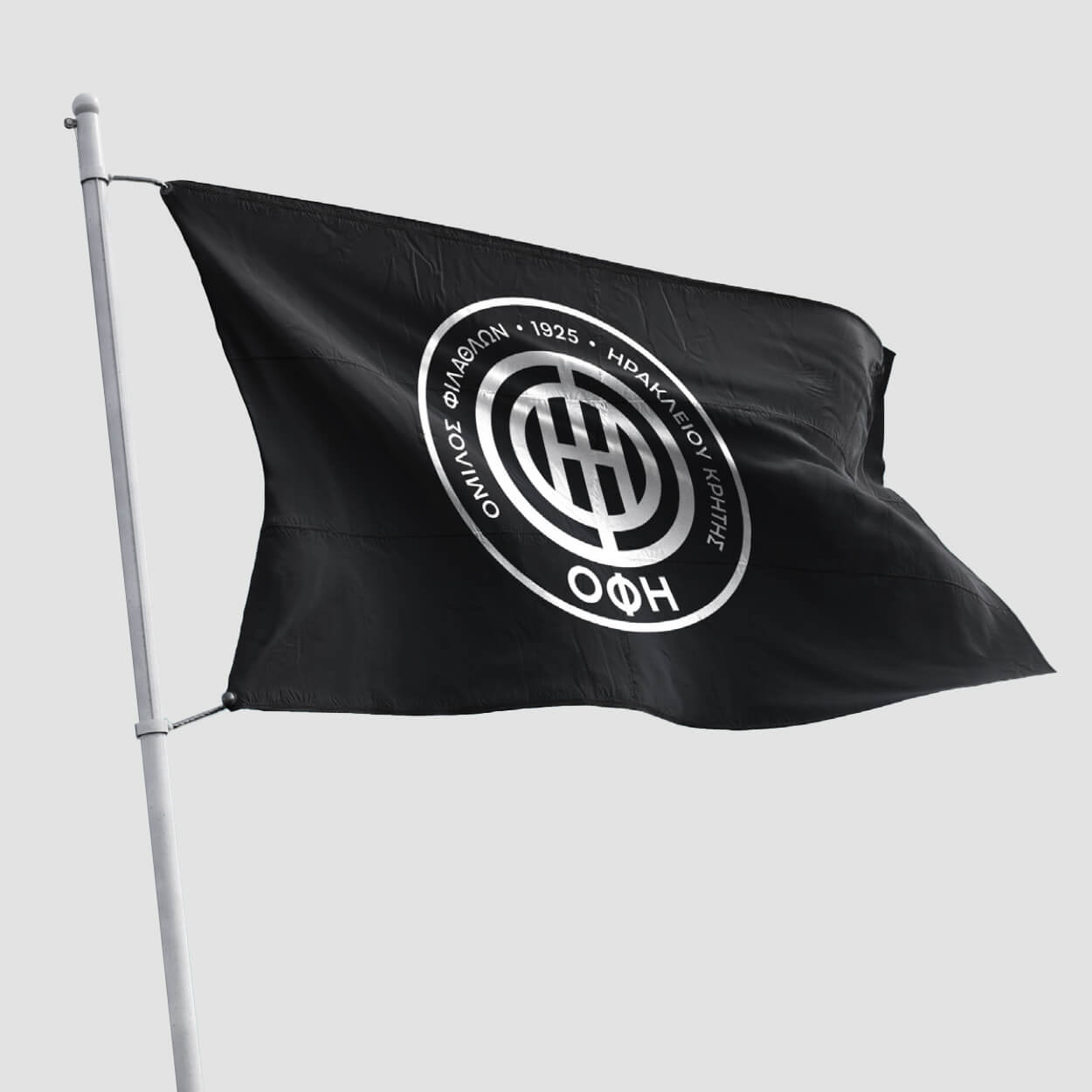 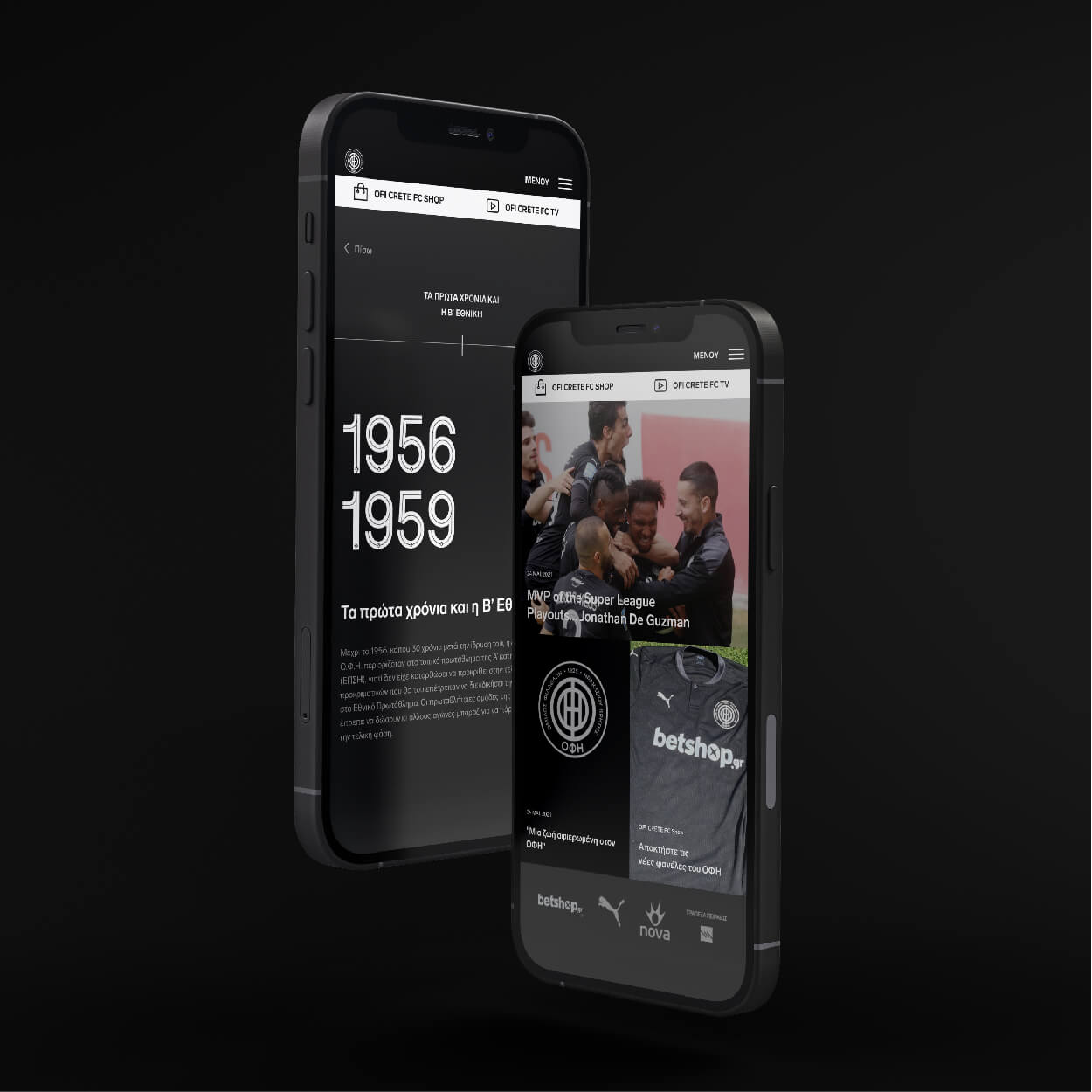 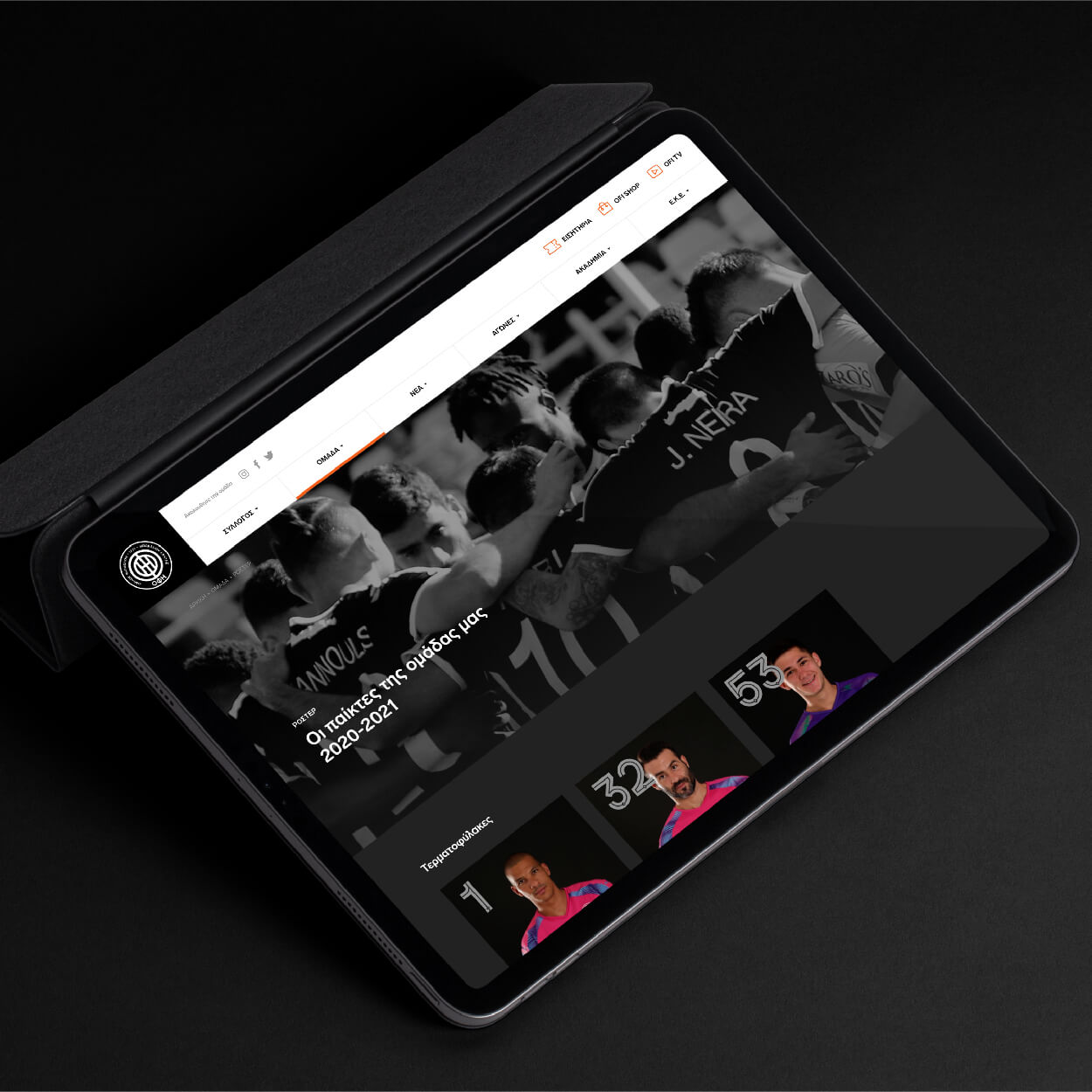 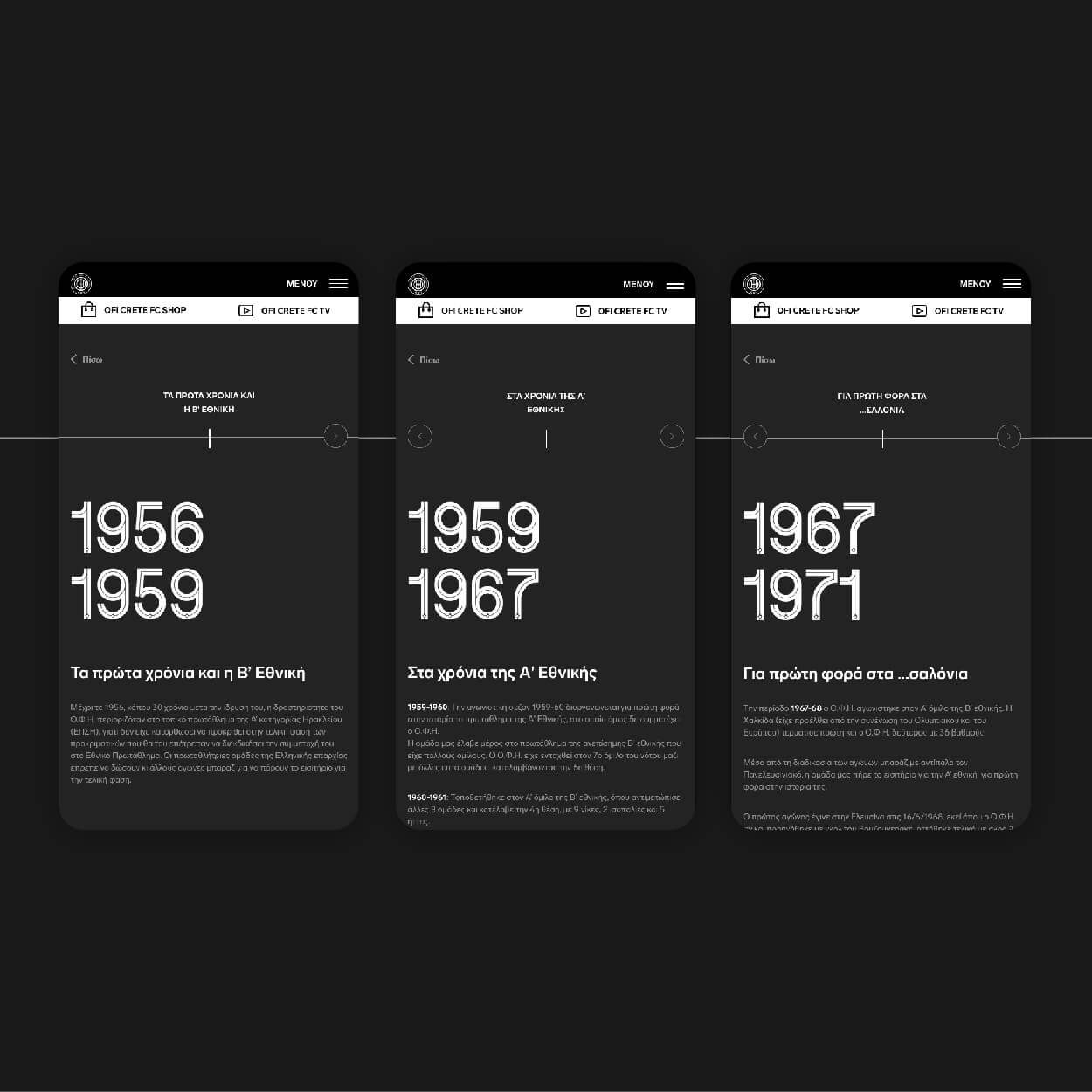 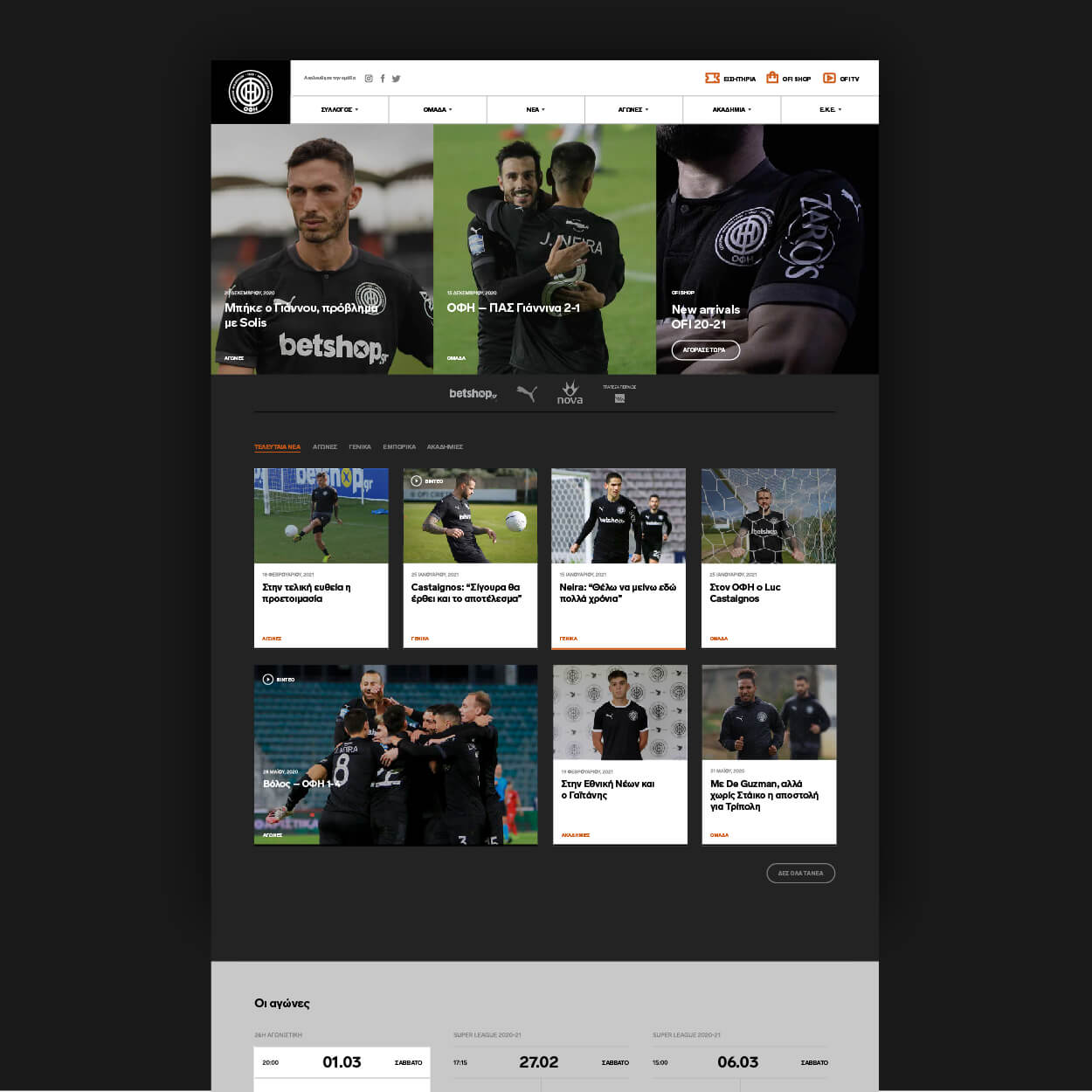 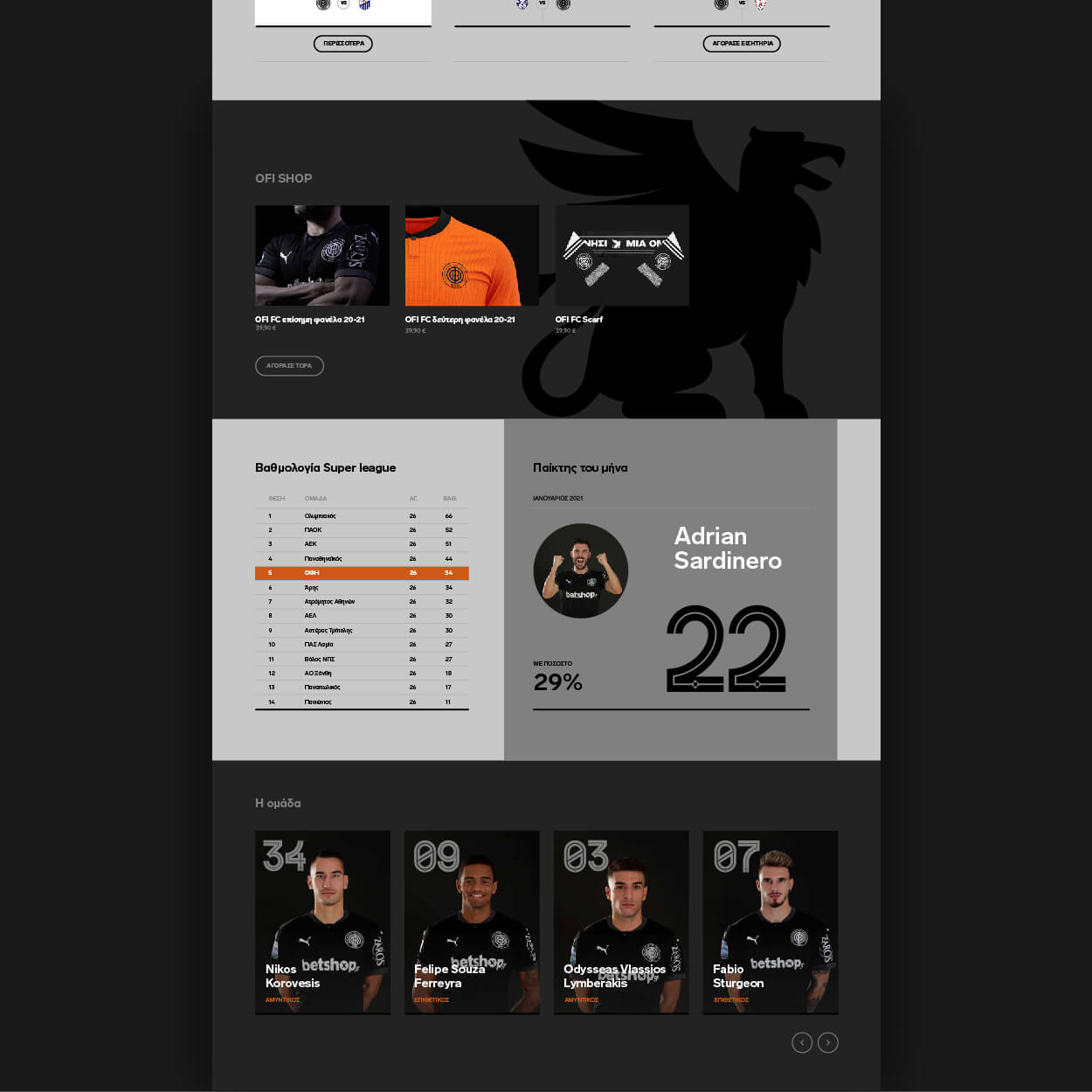 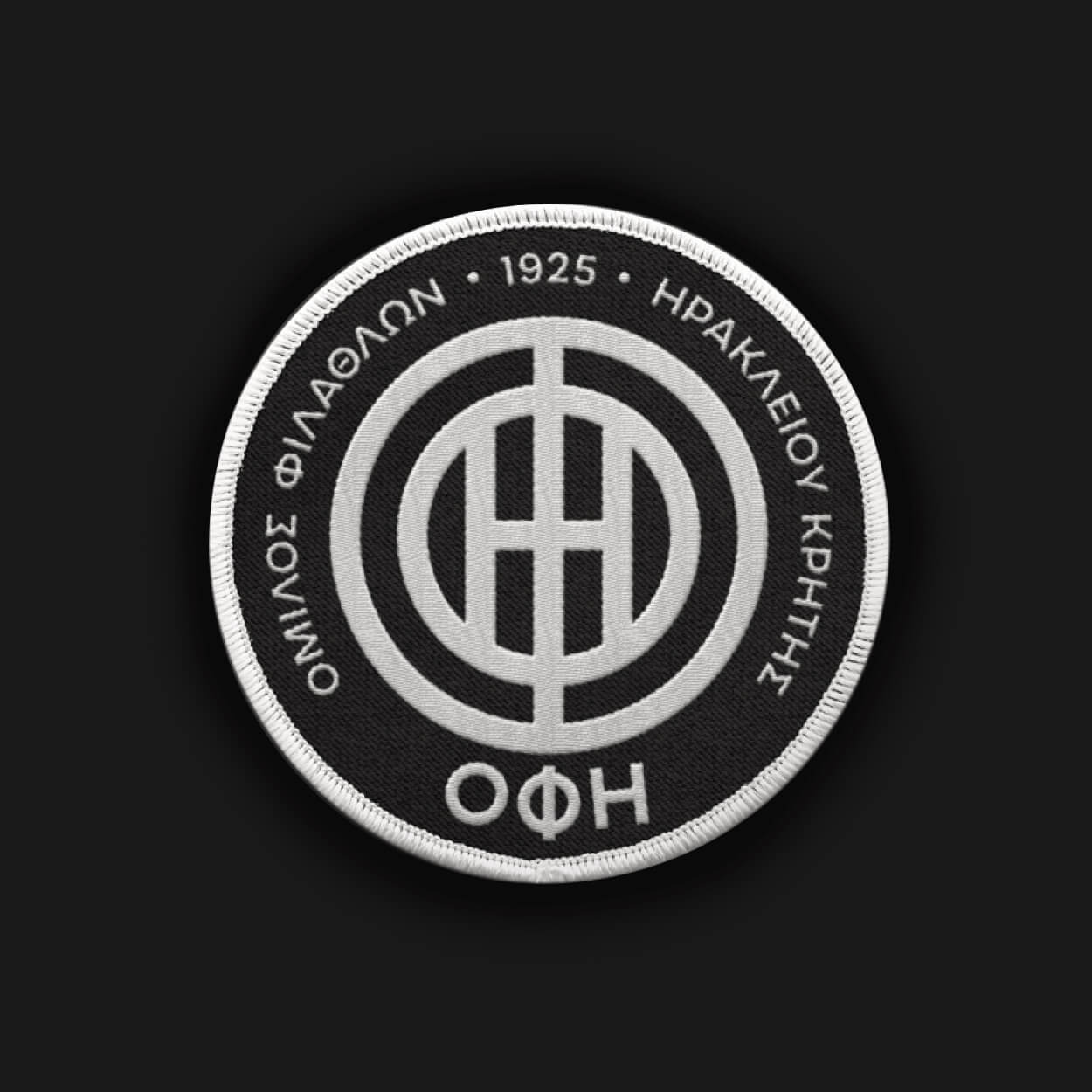 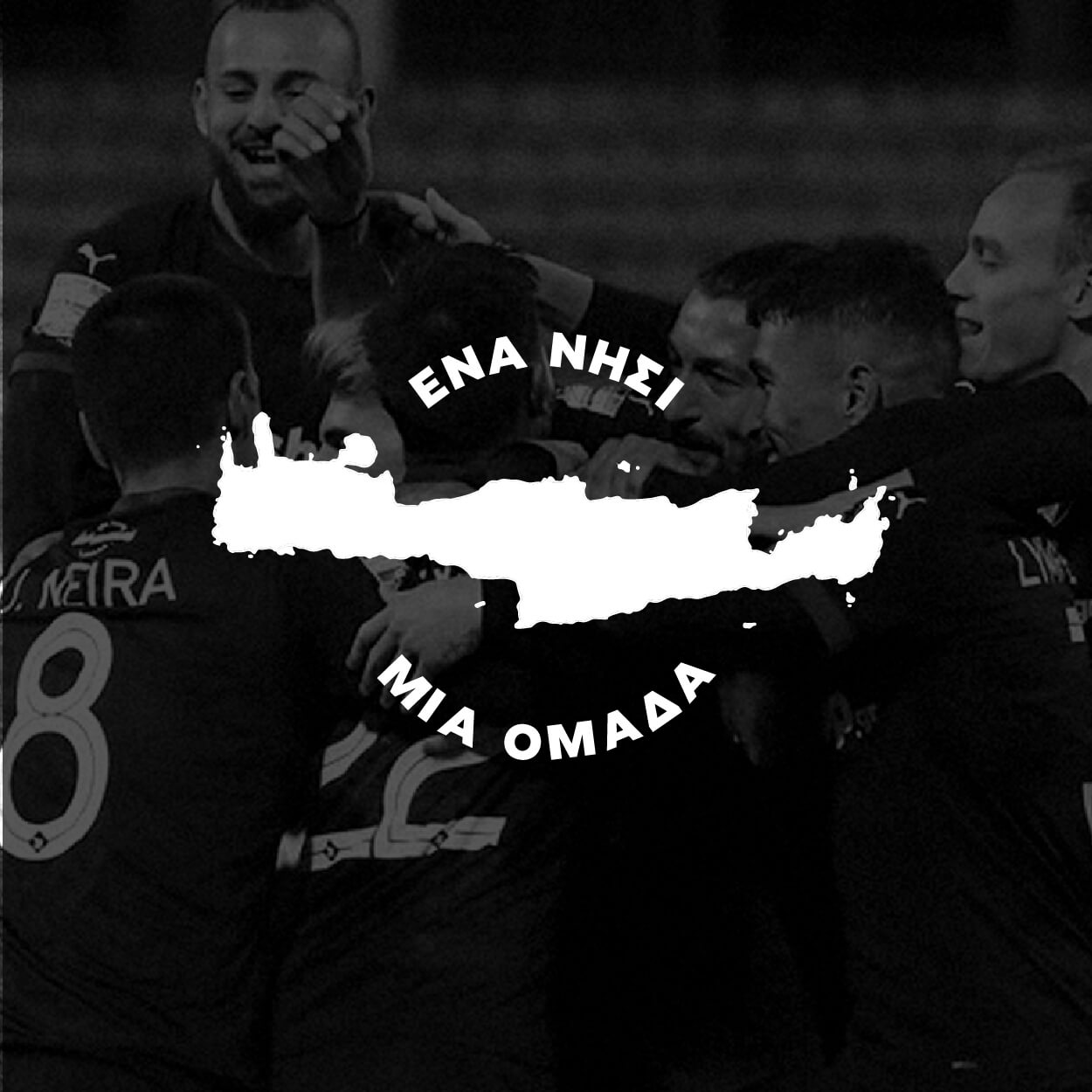 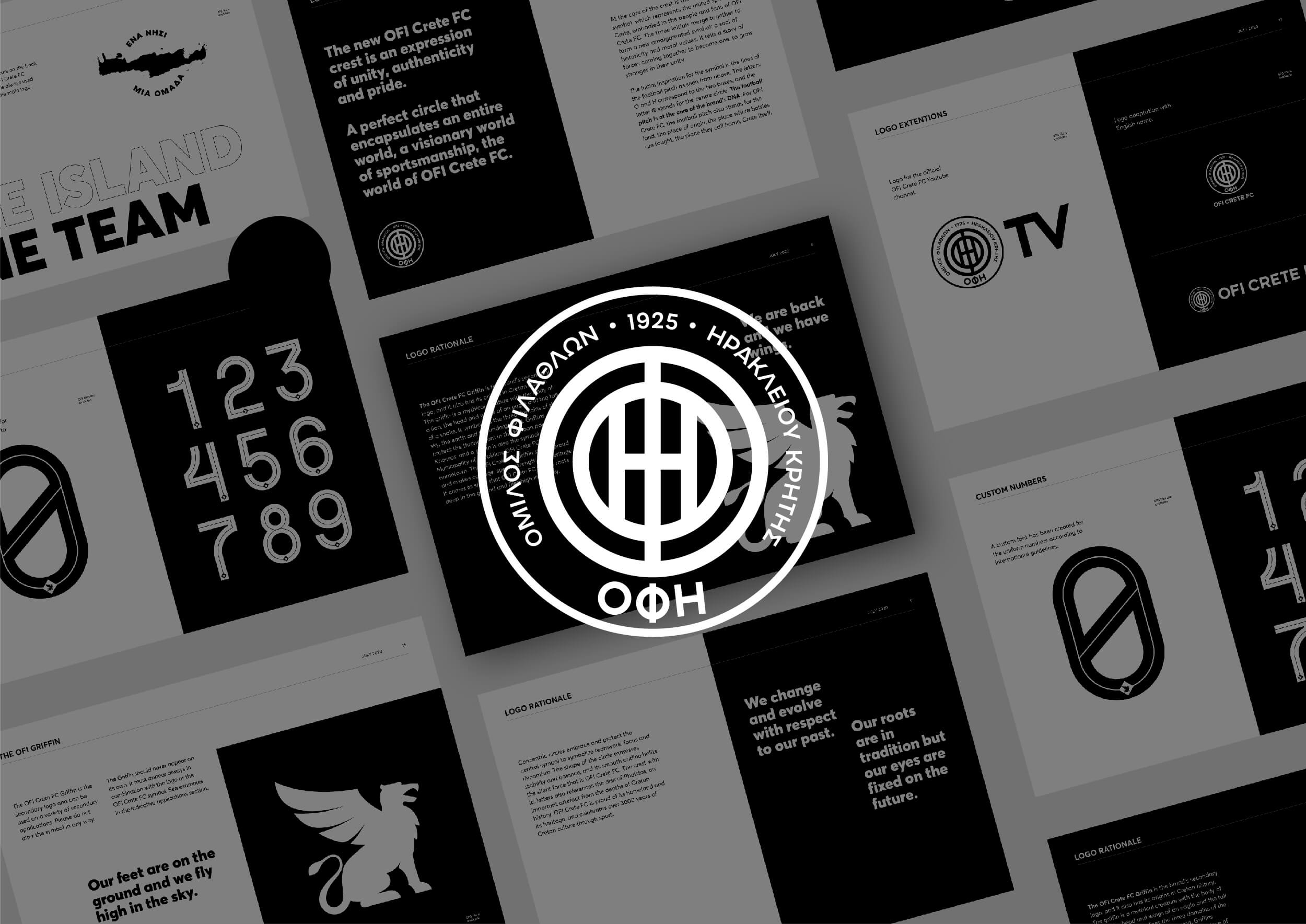